If you’re planning your trip to Jamaica or you’re only considering this island amongst other Caribbean destinations this post will give you an insight what to expect. After spending eight months in country of Bob Marley and Usain Bolt I decided to write down EVERYTHING YOU NEED TO KNOW BEFORE VISITING JAMAICA. If you associate this island only with reggae music and marijuana you will be surprised to learn some interesting facts below. You can visit Jamaica all year round. Typically the season starts in the end of November and lasts till July. In August it becomes slow, in September and October hotels are almost empty because of theoretical hurricane season in Caribbean. Why ‘theoretical’? Because caribbean hurricanes usually leave Jamaica alone. I spoke to mamy locals and all of them confirmed that hurricanes either dissolve after passing throught Antilles or pass the island heading north. There may be some rain and wind but I have never seen a rain lasting longer than an hour here. And afterwards the sun is out immediately. If you’re not a fun of crowds and you like to spare couple of bucks on your travels you may want to consider coming ‘out of season’. You will surely find some interesting offers in almost empty hotels here.

If you’ve already been to Dominicana or Barbados you may think that you already know Caribbean. Don’t jump into such hasty assumption. While island hopping couple of years ago I noticed that all Caribbean Islands are slightly different. Ok, Jamaica is even further different from all of them! Good different or bad different? I’m afraid you will have to decide for yourself..

It certainly lacks this sexy latino vibe of other Spanish speaking islands, but it compensates with chill-out and music.

JAMAICANS AND ‘THE ATTITUDE’

Ok, now this may be a bit controversial subject and I hope no Jamaicans reading this will feel offended. Most of Jamaicans are good folks and rather friendly. The thing is they are just a bit short tempered and ‘explosive’ under certain circumstances. Especially when challenged or facing disagreement they may show something that even themselves call ‘the attitude’. It is best described as mixture of pride, hurt feelings, impatience and stubbornness. Sometimes it looks like they are ignoring you, sometimes on the contrary.

By other nations, especially Europeans and super-polite Americans, this behaviour can be perceived rude and disrespectful. In most cases it’s not. It’s just how they are. When you observe Jamaicans discussing about something you can never be sure if they just express their opinions over the subject or they will fight till first blood in a matter of seconds. To say that they are laud is definitely an understatement. They like talking loud, laughing laud and they love loud music. Sometimes I had to close myself at home just to take a rest from intensive experience of Jamaican company. It can be quite intensive for an introvert calm European like myself.

Jamaican food is quite simple. The basis is always rice with beans and some meat – usually chicken marinated in spices and grilled – famous Jamaican Jerk Chicken. After traveling in Asia I find Jamaican food a bit bland, but there are always Scotch Bonnet Peppers if you want to spice things up. I love all kinds of spicy peppers, but I didn’t know what I signed up for when I used Scotch Bonnets for the first time. I chopped them finely without using gloves. After couple of hours and washing hands many times I made a mistake of rubbing my eye with my finger. Damn, I’m gonna remember this cooking lesson for a long time.

One of traditional dishes in Jamaica is Ackee and a Salt fish. Ackee is a weird vegetable that when cooked looks and smells a bit like scrambled egg. You really need to try it, as it’s one of those flavours that are impossible to describe precisely. It would do great as an substitute of scrambled eggs for vegans.

If you are a bread fan like myself you will be very disappointed with Jamaican bakery products. Buns and breads are sweet almost to the level of confectionary (at least for me). Don’t even get me started on traditional Easter Bun & Cheese. How on earth can you eat sweet cake with raisins and dried fruit together with ‘plastic’ artificial cheese FROM THE CAN! Seriously? Whose idea it was to put the ‘cheese’ in a can?

Ok, enough about the food. I think I’m definitely home sick after I read what I just wrote..

Currency on the island is Jamaican Dollars – JMD, but in most places you can easily pay with American Dollars. According to official exchange rate 100 JMD is 0.80$, but in most places if you pay in $ you can expect that 100JMD will be treated as 1$. It’s not the only case of unfair calculation that you may encounter. After spending few weeks in Jamaica I got the grip of price levels – what is normal, what is acceptable and what is an outraging rip off. Yes, as a tourist you can expect to be charged twice, three times or even five times more than normal ‘locals’ price. One time in a bar where they already knew us there was a new waiter who didn’t realize we know all the prices well. He tried to charge us 28$ for 4 beers, while the normal price was 1200 JMD (about 9.6$). After we got furious and asked to see the manager he apologized and admitted honestly that he thought we were tourists from the posh hotel nearby. Nice man. Good to know how you treat tourists.. Anyway, be careful not to be ripped off, check the prices of what you want to buy in a local supermarket, where the prices are fixed. Here are the pices of some basic things you may want to buy:

With non existant railway service and buses coming and going at ‘god knows when’ timetable, getting around Jamaica may be challenging. Theoretically there are scheduled bus services between bigger cities, but considering that I have never seen anything in Jamaica arriving or leaving on time you must be really patient using them. There are also mini-busses covering long and short distances, but even more patience is needed when using their services as they stop whenever someone wants to get in or out. Journey from Ocho Rios to Montego Bay, that should normally last about one and a half hour took us three hours. Should I also mention that drivers squeeze as many people as the bus can withhold and sometimes you end up sitting on half of the sit even without a backrest? I’m not trying to scare you.. it’s a true story..

Taxis used by Jamaicans are ‘Route Taxis’, which basically means that they operate like busses, covering the rout usually from one town to another. They are super-affordable but if you’re unlucky they can be super-uncomfortable. Pray for the sit in front by the driver, as there us a chance noone will come to sit with you. If you sit in the back you’re sure to end up riding with 3 or 4 other passengers. And believe me, some Jamaican girls are curvy.. if you know what I mean. The price for route from one town to the other should not exceed 100-150JMD (yes, that’s about 1$ for 10-15km). If you decide taking a private taxi, this may also be a route taxi if you tell the driver not to take anyone else, you will be probably charged about 20$, which is still not bad when compared to what you would pay for a ride from one town to another in US or Europe. Taxis ordered in hotels are the most expensive. They can charge you even 40 bucks.

Funny thing about taxis is, the prices may vary a bit depending on the circumstances. If it’s raining heavily – you may pay the double. Noone wants to walk in the rain, right? If it’s late friday night and taxis are scarce – the price may rise again. It’s your only chance to get back home and the driver knows it. The thing that I will never understand is that I pay 100JMD to go from Ocho Rios to the crossroad leading to my home, but if I want the taxi to drive me down the road by the gate I pay another 100JMD. Doesn’t matter that the first distance is about 15 minutes drive, while the second is merely 2 minutes detour. You want extra service – you pay!

Would you like to learn HOW TO START SUCCESSFUL TRAVEL BLOG?

Jamaican are crazy about music and they are tremendous dancers. It’s enough they will hear couple of beats and they start singing and dancing instantly. Do not be surprised when someone sings out loud just walking, or in a taxi, or doing shopping. It’s absolutly normal here and noone will call the doctor, as they would probably do back home.

REGGAE BUT NOT ONLY

Thanks to international fame of Bob Marley, Jamaica is mostly known of the Reggae music, but it’s not only genre originated on this island. Just to name few: Dancehall, Dub, Ska or Toasting (a precursor to Rap and Hip Hop) have all their roots in Jamaica. The music is omnipresent here and… yes, you guessed.. it’s LOUD!

When I told my friends I’ll be living in Jamaica for few months, some of them were terrified and asked me if I’m not afraid to go there. Indeed many people come only to the resorts and never leave them, unless it is organized trip to one of any touristic attractions. I’m not sure why Jamaica has this notorious opinion. Maybe it’s this ‘attitude’ of Jamaicans that I mentioned before or couple of selective informations appearing in western news channels about shootings in Kingston or Montego Bay.

Anyway, during eight months I’ve been here I’ve never felt that I am in danger. On many occasions I felt annoyed or enven angry because of man catcalling me, but I never experienced anything really disturbing. There are safe and unsafe places in every country in the world. Certainly there are districts that you should stay away from in London, New York or Warsaw, just as they are in cities of Jamaica. I think if you use sound judgement and don’t stroll after few drinks in the middle of the night between suspicious bars, you should be just fine.

I hope that you liked my post about EVERYTHING YOU NEED TO KNOW BEFORE VISITING JAMAICA. If you did you are most welcome to like and share it on social media.

Want to remember those tips? PIN for later! Note: Affiliate links may be used in this post. I may receive a small commission at no extra cost to you if you make a purchase through my affiliate link. I only recommend products that I use and love!

7 thoughts on “EVERYTHING YOU NEED TO KNOW BEFORE VISITING JAMAICA” 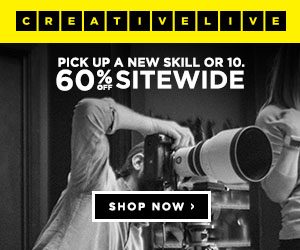